What is unique about the GoFlo travelling screen? 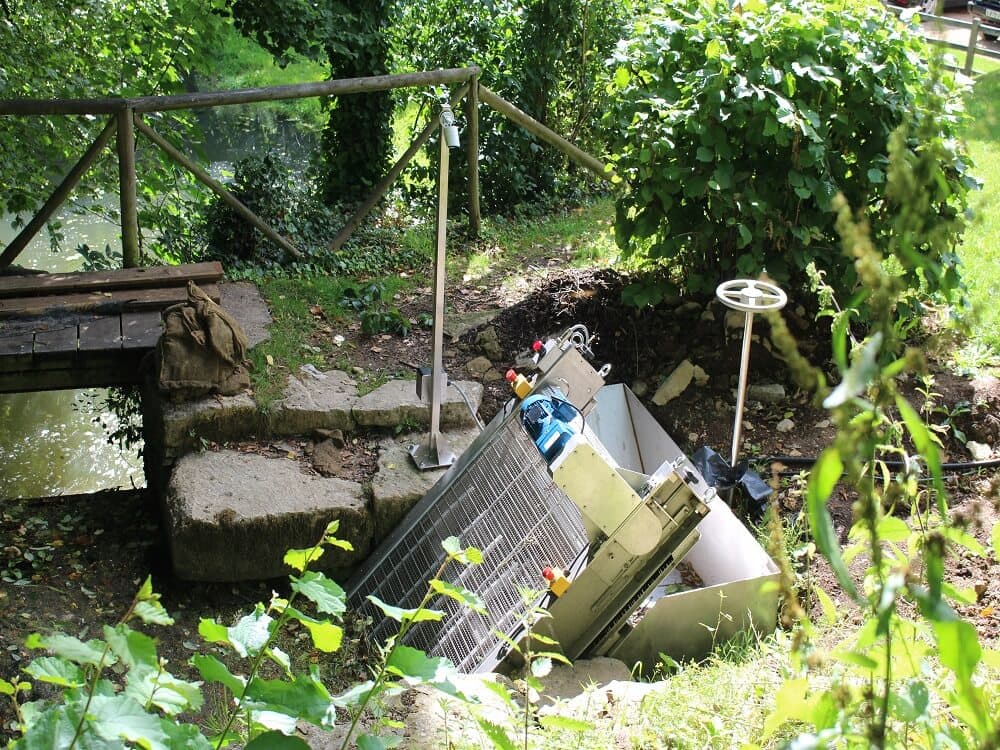 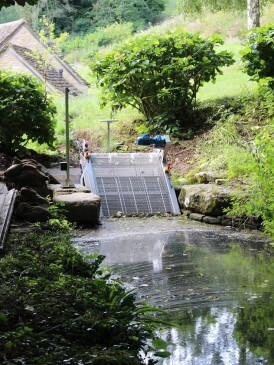 GoFlo Screens has recently installed a fully automated self-cleaning screen on a small hydro scheme at Catcombe Mill, Wiltshire. In any situation in which water is extracted, be it for utility works or a hydro scheme, such as Catcombe, an intake screen is required in order to remove debris from the water. The problem with most of the intake screens available on the market is that they are fixed screens. This means that debris has to be manually cleared otherwise the screen will block and the flow of water will be interrupted.

There are various screen cleaners available, but they are normally large bulky units that attach to the top of the screen and manually do what a human would do – essentially rake debris off the screen. The point about the GoFlo is that it is a rotating or travelling water screen; therefore, it removes debris and maintains the flow of water through the screen, but it does this on its own without any human intervention or bulky equipment add-ons. Essentially, GoFlo is a completely self-contained, fully automated, standalone unit.

The Catcombe hydro scheme is a perfect site for a travelling water screen. The scheme originally had a fixed screen, yet during the autumn months this typically required raking up to five times a day to remove debris. At Catcombe Mill, the GoFlo screen has a flushing trough that collects the debris removed by the screen. Any debris that does not freely detach itself from the screen is blasted off with a spray boom. Debris deposited in the flushing trough is then removed manually, albeit infrequently. The preferred option, however, utilises a pumped water supply which runs whenever the screen mesh rotates. This washes the debris out of the trough and returns it (via a pipe) to the watercourse downstream of the system.

When used in conjunction with a hydro turbine, the travelling water screen ensures that water continuously flows to the turbine. This maintains generating capacity; whereas before, in the event of a screen blockage inducing a drop in the flow of water, the turbine would shut down until sufficient flow was restored. So for any hydro scheme, the immediate key benefits of the GoFlo self-cleaning screen is continuous generation, as well as a considerable reduction in human intervention. 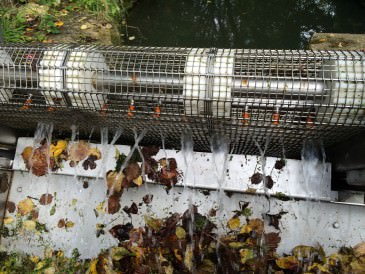 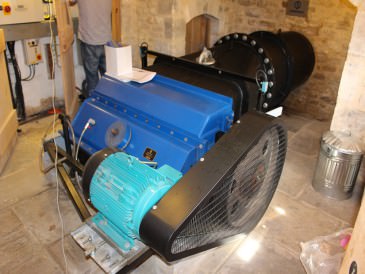 What is the GoFlo design concept? The Goflo unit comprises a meshed belt that acts on two rollers, one at either end of the unit. GoFlo is essentially an inclined conveyor belt, but rather than it being a solid belt, it is a meshed belt which allows water to pass through. The grade of the meshed belt can be scaled for any application.

Many sites in which water is abstracted have screening regulations according to what their particular Environment Agency (EA) licence requires. At the point of manufacture, the GoFlo mesh can be made to suit the particular requirement, which can range from 2mm bar spacing, for instance, to protect juvenile eels, through to 50mm. This scalability of the mesh is a key advantage of the GoFlo.

The Goflo unit has a motor at the top which, through a chain drive, rotates the top driveshaft and sprockets. The mesh belt wraps around these sprockets and a corresponding set of rollers at the lower end of the screen. The unit is geared in such a way that it rotates slowly, but obviously at sufficient speed so as not to be overwhelmed by debris. A complete revolution of the meshed belt at the Catcombe Mill site, for instance, takes approximately 45 seconds to complete. As soon as debris hits the screen, which itself is inclined and rotating upwards away from the water, it is taken upwards and deposited into a flushing trough at the top of the unit. The continuous and automated removal of debris means that the flow of water through the screen is always maintained. 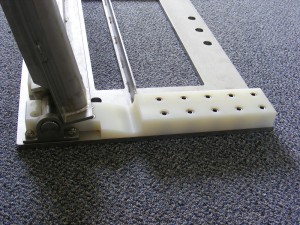 The GoFlo mounting system comprises a frame with a pivotal base that is installed prior to the GoFlo unit. This pivots to 90 degrees vertical and allows the GoFlo screen to be lowered into the frame vertically. To enable this, the GoFlo unit has lifting points located at one end of the screen. This means that gravity and natural weight distribution will ensure the unit hangs in a vertical position. There are also guide rails – plastic channels in the bottom of the screen that line up with two rails on the mounting frame – which, once aligned, enable the whole screen to slide straight down into position. This design ensures that screen removal and fitting is easy.

How is the GoFlo self-cleaning screen controlled? One method makes use of a timer; in this case, for instance, the control system activates one or two cycles of the screen every 20 minutes or so, thus removing any accumulated debris. The preferred method, however, is by sensor control. This works with the use of integrated pressure sensors, one either side of the screen. The sensors measure differential water pressure, which relates directly to the level of the water. As the screen incurs some blockage, the water level behind the screen (the downstream side) will start to drop. The sensors then alert the control panel which in turn activates screen rotation, removing the debris. As the water level equalises the reverse process occurs. This process occurs fully automatically and requires no human intervention.

Can GoFlo be controlled remotely? One of the key options and benefits provided with GoFlo is remote access, monitoring and control. This enables remote control and monitoring of the system from anywhere with internet access. GoFlo Screens has a dedicated secure website, from which you can logon and view any installed GoFlo units. In all remote set ups, there will be a webcam positioned near to the screen which will enable a view of the screen remotely. All of this enables remote alteration of GoFlo settings and system monitoring, further reducing human intervention on site.

GoFlo has been fully designed on a 3D CAD system, using a method called parametric modelling. This makes use of a set number of parameters that the design for the screen is based upon. When those parameters are changed on the CAD system, the 3D model from which the drawings are generated, adjust and change accordingly. This eliminates the need to create design drawings from fresh. This way, the three parameters of the base model – inclination angle, width and water depth – can be changed instantaneously. Design tweaks are much quicker to produce than a full set of design drawings.

GoFlo is a fully scalable unit, although screen size is ultimately restricted by material strengths, etc. However, GoFlo units can be placed side by side, for instance, in applications with a very wide inlet, in which case they would work in conjunction with one another using the same control systems. One control panel can control three screens if needs be.