The Kenningstock Mill hydropower scheme, installed by Renewables First, was recently retrofitted with a GoFlo self-cleaning travelling water screen, as a way to significantly reduce the time associated with screen debris management, given that the hydro site location is prone to water debris from nearby tree cover. As well as massively reducing maintenance time, the self-cleaning water intake screen will also optimise the rate of flow to the hydro turbine, thus increasing turbine output and income generation.

The travelling water screen was manufactured and installed by Gloucestershire based, GoFlo Screens Ltd. The installation comprises one screen unit with a width of 0.9 metres and a length of 4.1 metres. The screen is equipped with a fine mesh in order to protect fish and comply with environmental regulation. The screen is designed to accommodate a maximum flow rate of 0.6 m2 per second. The unit was designed to fit into the already up and running Kenningstock Mill hydro scheme, which comprises a 25 kW Crossflow turbine.

Prior to the GoFlo screen being installed at Kenningstock Mill, water was abstracted via a drum-screen intake system into a penstock forebay header tank which fed a 24” penstock (approx.15m long). The water was then transferred through to a Francis turbine for hydroelectric generation before transferring through the outfall tunnel and re-joining the watercourse. Once aware of the innovative design features of the GoFlo self-cleaning screen, the site owners replaced the drum screen with the GoFlo system. 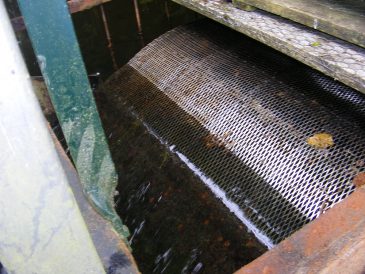 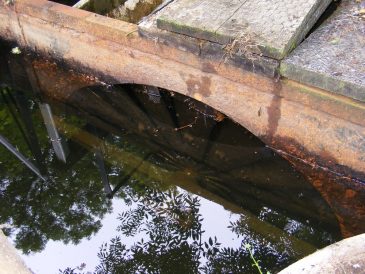 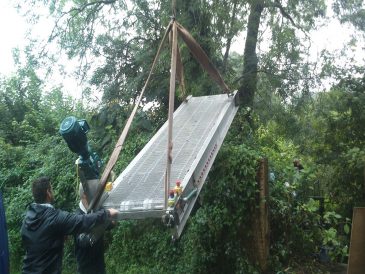 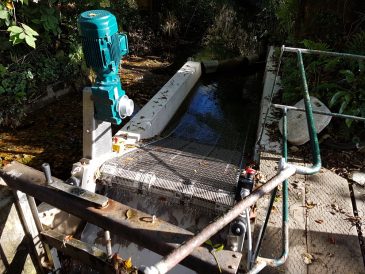 The Kenningstock Mill self-cleaning screen system is fully equipped with the specially designed remote monitoring and control system, which enables full control of the screen from anywhere with an internet connected computer or mobile device. This feature compliments the “hands off” design concept of the screen.